Unique innovative technology of skin renovation by its very own key cells (fibroblasts).

KLEONIKA is a synergy of cooperation between ILAYA medical company, which has more than 15 years of experience in cells technologies and SHAGOV AESTHETIC MEDICINE — successful team of specialists, which establishes trends of aesthetic medicine in Ukraine. 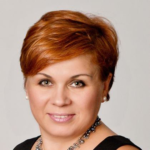 Aleksandra Prisyazhniuk
Kleonika for me was a true miracle, thanks to this technology I was able to “freeze” my age at a certain point and once again learned to enjoy my birthdays. I heartily thank the whole team of specialists, it is really efficient and effective anti-age method! 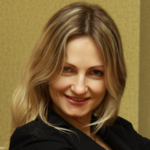 Yana Sarapiychuk
For the first time in quite a while I felt young and beautiful! My sincere gratitude goes to KLEONIKA. Consultations are understandable, procedures are professional, and result is unbelievable! Recommend it to everyone!
Show more
1

2016. All rights are protected